March 16, 2011April 25, 2018 Greyhawk GrognardUncategorized1E, 4E, RPG, The RPG Industry17 Comments on On Game Pricing
With the announcement of the release of the 6th edition of Ogre, there has been some discussion in the wargaming community about the $100 price tag that will accompany the game.

Similar discussions have gone back and forth in the role-playing community over the years; some say that modern rulebooks and modules are over-priced, that rules bloat, extraneous artwork, etc. have caused prices to rise beyond the ability of modern gamers to get into a particular game due to the expense of buying rules and supplements. I know I’ve made the same complaint myself. 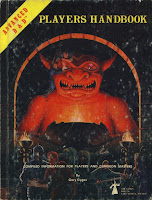 Let’s take a look at some numbers.

Back in 1979, you could get a Players Handbook or Monster Manual new for $12. That would be $36.40 in today’s dollars. Each. For a relatively thin rulebook (by today’s standards) with art that could be described as endearingly quirky. The Dungeon Masters Guide was $15 new, which translates into $45.50 in 2011 dollars. 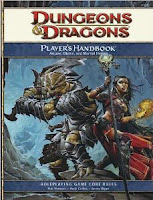 Naturally, there are more than just the core books to be had for both 4E and Pathfinder, but there were accessories for 1E, too. Those ultra-thin modules? If memory serves, a module like Village of Hommlet went for $4.50 in 1979, and had 24 pages. That’s a whopping $13.65 in modern dollars. Compare that to The Slaying Stone, module HS1 for 4th edition. That retails for $14.95 ($10.17 on Amazon), and has 32 pages to boot. 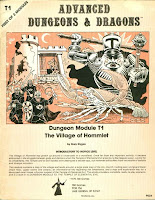 I’ve got to say, just looking at the issue of price, 1E and 4E are quite comparable, when you look at the prices in adjusted dollars. Pathfinder comes in even better, at least for the core rules. When you factor in the quality of the materials (which in some part is a subjective assessment, but it must be admitted that the binding of the modern books is probably superior to their 1979 counterparts, and no matter what my old eyes may think about the artwork in modern RPGs, at least they have art in full-color), the modern games come out looking pretty good.

There are a lot of factors that go into it (Amazon, of course, not being around in 1977), but I’ve got to say that cost is not something I can complain about any more, not when I paid $20 for Hall of the Fire Giant King!

(The inflation numbers in this post come from the Bureau of Labor Statistics CPI Inflation Calculator.)

17 thoughts on “On Game Pricing”